You’re probably wondering why there’s even a comparison between Crocheting and Knitting….

Have you ever seen someone with a ball of yarn/wool and a hook and you go ‘you knit? ‘ then the person goes ‘No, I crochet ‘ then you go ‘uhmmmm…right! ‘ with confusion written all over your face?

It’s my utmost pleasure to end that struggle today.

Crochet is a process of creating fabric by interlocking loops of yarn, thread, or strands of other materials using a crochet hook. We’ve had many theories regarding the origin of crochet but one thing is certain; the word ‘crochet’ comes from the word croc, or croche, the Middle French word for hook.

Knitting is the process of manipulating yarn with multiple loops called stitches to create a textile or a fabric. The word is derived from ‘knot’, thought to originate from the Dutch verb knutten which is similar to the Old English cnyttan “to knot”. Most histories of knitting place its origin somewhere in the Middle East. From there, it spread to Europe by Mediterranean trade routes and later to the Americas with European colonization.

The major differences in both crafts are shown in the table below: 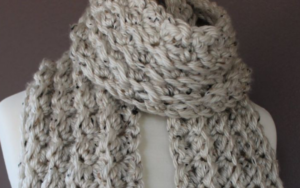 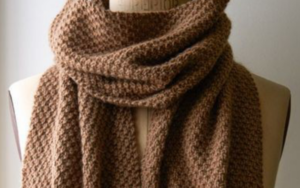